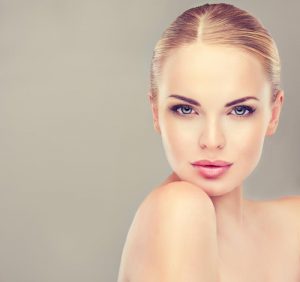 Brown spots on the skin are pigment, or colour, produced by melanin. If too much melanin is produced in one area of the skin, a brown spot or hyperpigmentation develops. Brown spots come in many different forms, such as:

Treatment depends on the type of brown spot. Generally speaking, if the pigment is near the surface of the skin (epidermal) it is usually easier to remove than pigment that is deeper in the skin.
The recommended approach will depend on the extent of the hyperpigmentation and your skin type.
Brown spot treatments include:

Rosacea is a long-term skin condition causing redness on the face – usually the cheeks, nose and forehead. Rosacea is characterized by a tendency to flush and blush after exposure to triggers such as stress, sunlight, spicy foods and alcohol. When a person blushes, blood vessels on the face dilate. In those with rosacea, this happens so often that over time the blood vessels remain enlarged and the skin looks ruddy. Some rosacea sufferers go on to develop inflammatory pimples. In many, the eyes are affected too.

IPL Photorejuvenation or Photofacial is an incredibly versatile treatment. Not only can it address a large range of benign skin imperfections such as sun damage and aging skin, to redness and pigmentation issues, it can be applied to many different parts of the body. Treatments can be done on the face, neck, décolleté (upper chest), arms, hands and legs.
Lately our clinic has been performing an increased number of IPL treatments on sun damaged areas such as the face and décolleté, in order to reduce sun spots and dilated blood vessels, and create a more even-toned and textured complexion. Hand rejuvenation treatments combining IPL and dermal filler injections have also increased, as patients begin to recognize that hands can also greatly benefit from anti-aging techniques.

Acne, or acne vulgaris, is a condition that involves the skin’s oil-producing sebaceous glands. While acne tends to develops on areas of the skin where there are the most sebaceous glands, such as the face, back, chest, neck, shoulder and upper arm. It is a very common problem in teens but may continue to affect up to 25% of people after this time.
The appearance of acne outbreaks can be embarrassing and can negatively impact your self-confidence. Anything from a minor outbreak involving only a few pimples before an important event, or a more severe case where painful cysts have developed, acne can adversely affect your emotional and psychological well-being. In addition to the embarrassment of acne outbreaks, more complicated cases can be quite painful and lead to acne scarring.

We will do our best to accommodate your busy schedule. Request an appointment today!

Call Us Text Us